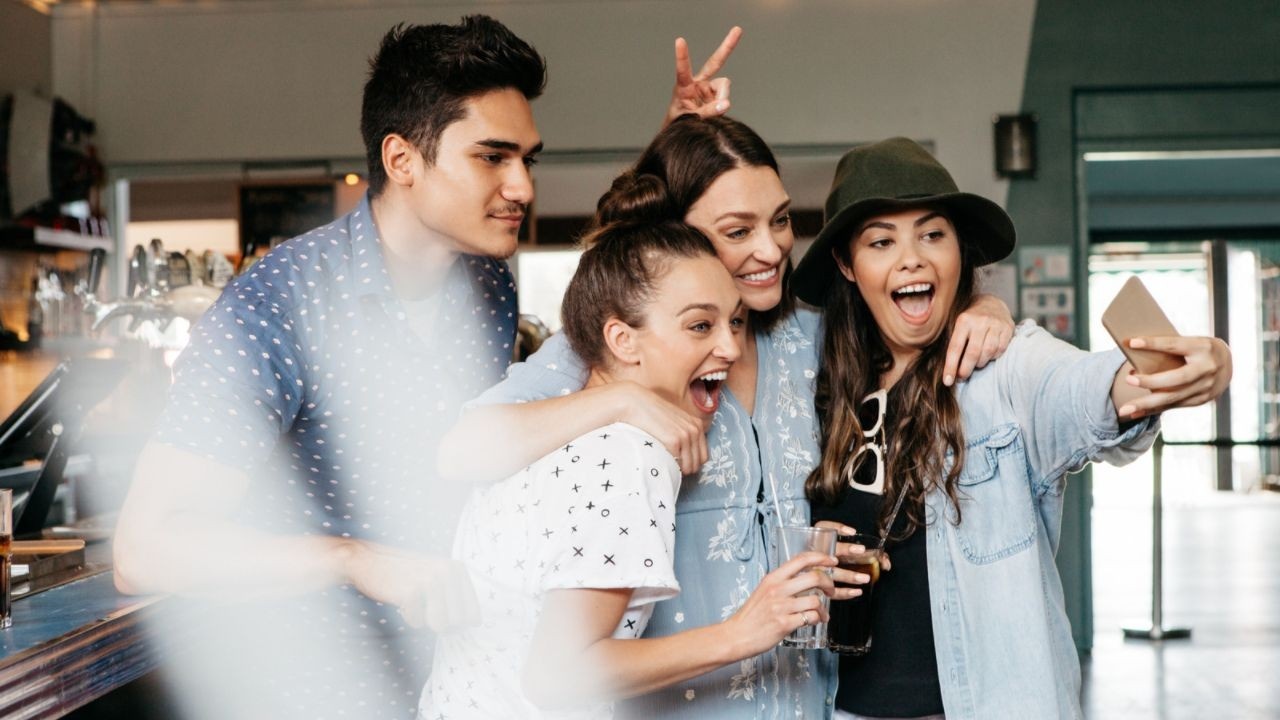 It's not uncommon for people to feel lost during their twenties and thirties.

The transition into adulthood can be difficult, and it’s usually the first time that you experience any real failure or loss of control over your life.

Begin living on your own.

Strive to learn how to support yourself.

Try to meet someone.

Try to meet someone else.

Try to meet someone to marry.

Somewhere in between the last 3 or 4, you graduate.

There will be times when you question who you are, what you stand for, and whether or not you’re on the right path.

So common, in fact, that there's actually a name for it. It's called hitting a quarter-life crisis, and chances are that it is either happening now - or will soon.

Fortunately, this is something that can be overcome.

As you get older, engage in more mindful practices, and work on becoming your best self, you'll realize that those 'crises' were actually just leading you exactly where you needed to go!

You’ll also become more comfortable with yourself and the way that life works. In turn, this will make it easier to handle anything that life throws at you.

The key is to remain patient and understanding of your struggles while embracing who you are at each moment in time.

If nothing else, I hope this will help you feel less alone and more seen.

Feeling Confused and Questioning Where to Go

When I turned 31, I soon found myself really confused. But, I was conflicted, because I wasn't quite sure where the confusion was coming from.

I know, or at least I've always thought, that the image and vision I had for myself when I was younger was sure to play out.

I would meet somebody, the 'perfect somebody', date them for a long time, get married, and probably have kids, while being able to travel and do all these things together. You know- the whole 9 yards.

The problem I'm having is that I haven't even got to the 2nd yard.

Actually, I feel like I'm only at yard one...and I've been stuck there for longer than I would have liked. I know this isn't the case, that it's just my narrow perspective of self-perception popping up every now and again.

Now, the logical part of me knows this is not the case. I know that it's still early and anything can happen.

It's just still so confusing, because I know that I want love.

I know I want a companion.

I certainly don't want to be alone.

I fear dying alone but there's a lot of other things I also fear.

The Fear that Comes with Adulthood in Women

Biologically, we know that the older a women gets, the more difficulty associated with pregnancy. (ALTHOUGH ...really exciting research is actually popping up that speaks the opposite; That because we evolve over time, so too do our adaptations, and it turns on, we are starting to see a decrease in risk for women (and babies of mothers) having children later in life).

What if, by the time I actually find somebody to marry (if I even do) and we decide to have kids, my age is a factor that plays a part in motherhood and something goes wrong? Is it fair to bring a baby into this world like that?

That's not all, though.

It's also scary to think that I might have to grieve the loss of motherhood. What if I never get to be a mom?

I toggle back-and-forth with this idea, all the time.

Even if I want children, is it smart for me to try to have one, at my age?

And then, there's the other component that pulls me in.

Does that mental block, of fearing the ability to be a mother, already set me up for some type of failure?

I often find that I'm telling myself that I'm just being realistic. That this isn't me avoiding a bigger-picture problem and using it as a defense mechanism to not allow somebody to love me?

I have this expectation of what 31 should look like... and I'm not there.

Am I Setting Myself Up For Failure?

Now, I will say that I never understood this whole notion until about the past year or two, when I hit my 30s.

When people would ask how old I was, especially if the one questioning me was a potential love interest, I would be so hesitant to answer. I would shyly murmur "31".

Sometimes, I would even tone it down a bit and tell them I was 30.

Why would I do this, you ask?

There's such a huge difference, that perhaps people don't talk about enough, in expressing how old you are to somebody.

The confidence you had when announcing you were 21 is not the same as when you answer that you're 31.

When you're in your 30s, as opposed to when you're in your 20s, there's an added layer of shame that comes with stating your age- at least, for many people I've spoken with. BUT, important to note, that shame really only exists if you're not 'on track'. By 'on track' I mean, if you're not where social and cultural constructs tell you that you should be for 31. That is, married...kids...house...another kid on the way.

Every time I have to say my age, I feel like there needs to be an added disclaimer:

"Hey, I'm Alicia. Yes, I'm 31. Before you can judge me, no, I'm not married yet. No, I'm not in a relationship. I don't have kids. YES I want a family and kids and just because I don't have them at 31 doesn't mean I don't want them so don't assume that please. NO I'm not married to my profession..it's just sort of all I have because the only other thing you're asking me about aside from my career is my family life. I'm still trying to figure it out. Thanks for coming to my Ted Talk now let me go bask in the glory of all that is missing from my life that you so kindly reminded me of." Ha : ]

Then, there's the unspoken, but very obvious, timeline.

On this timeline, it says that we're supposed to do and accomplish all of these things while reaching these milestones by certain ages in life. These accomplishments can range from  marriage to having children, living out your dreams or finding that perfect job.

When Does it End?

With higher education, perhaps a timeline isn't as potent.

I mean, it's somewhat socially acceptable to be pursuing a Doctorate degree or Masters degree well into your 30s.

So, when you tell people that you are still in school in your 30s, there's less shame of, "am I meeting the expectation of myself that I had already set up for me?"

But then, there's when you tell somebody that you're 31 and still not dating anybody.

It's hard, you know.

To see your friends getting married.

To watch people younger than you finding the person they're going to spend the rest of their life with (or, maybe not). SUCKERSSSS, ha.

That's all anybody really wants... is a person.

Having a person means that somebody believes in you, even when you don't. It means that you are worthy of being loved.

And all the accolades and letters behind your name, professional experiences, and world troubles one might have under their belts, none of these things will ever amount to the value that having a person does.

Regardless of your age, there's a lot to be said about the difference between expressing how old you are when you're in your 20s versus being in your 30s.

When we hit our third decade of life, it can feel like all hope is lost, when it comes to  finding that special someone or achieving the milestones society expects us to achieve by this point in time.

But, regardless of how you are feeling, I want you to know that you aren't alone.

There are other people that know exactly how you feel, and they're in the same boat as you.

And the best thing to remedy loneliness or feeling isolated is to share your experience, your feelings and thoughts (appropriately and with boundaries) because in doing so, you allow other people to relate to your experience. It is in community we heal and we find comfort.

You're only alone if you allow yourself to be.