Parenting Styles and Their Influence on Child Development 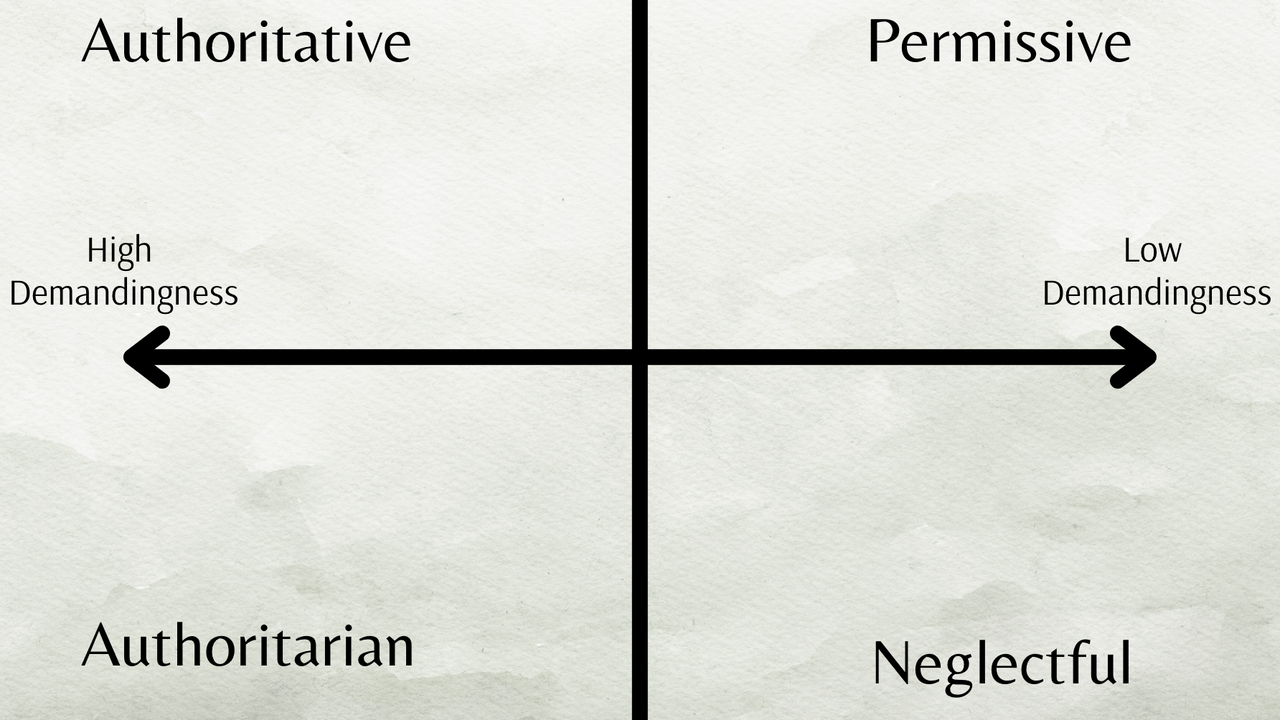 A note from the author: It should be recognized that many caregivers, while perhaps not the biological parents of the children they look after, play the role of a parent and make them no less important in the life of the child. While this article will use the term ‘parenting’ and ‘parents’, the aforementioned terms are interchangeable with caregiver/caregivers, to include the important role non-biological caregivers play in the development of a child.

Parenting is undoubtedly the hardest job in the world, and this is coming from someone who is not a parent herself (which speaks to the weight of the role). While not a parent, I have over a decade of clinical experience studying, researching, and working with parents and children. The aim: To provide children the most optimal environment to foster neurotypical development and for parents, providing and teaching the skills necessary to support their children while equally supporting their role as a parent. The irony is, the hardest job in the world does not come with a manual on how to go about getting the job done. Parenting is simultaneously the most important role any individual can take on and yet, the least guided. Said another way, there is no handbook or step-by-step guide to follow when one becomes a parent. This is often concerning for many parents given that most have the same goal in mind: Raise healthy and happy children amidst the chaos of life. 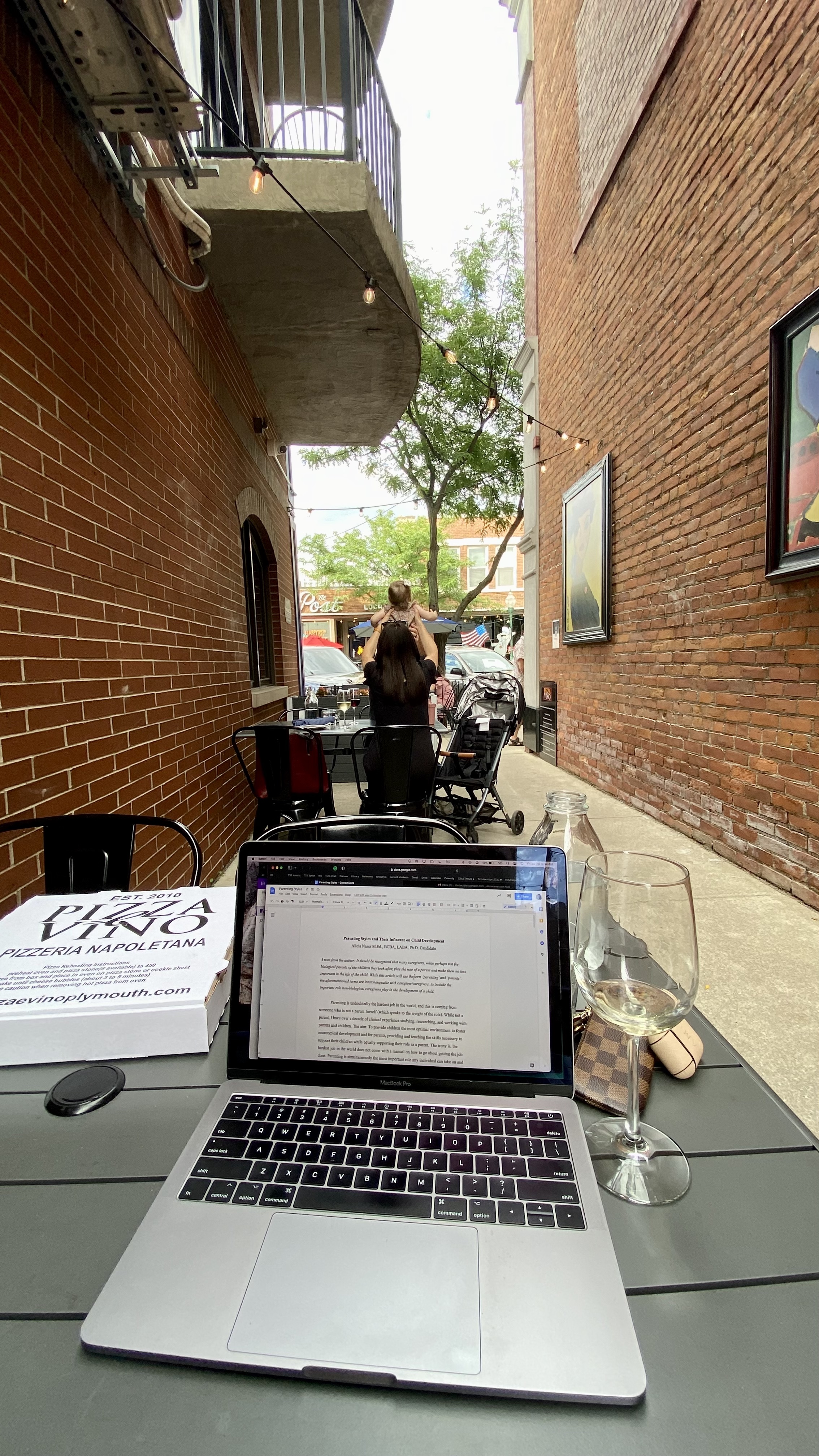 Let us all acknowledge the irony in front of me as I edit this article.

My passion for supporting parents comes from likely the same place all other philosophers, scientists, poets, and humans derive their inspiration- my personal experience. As noted at the onset, while I am not a parent I do understand and appreciate the significant impact certain parenting styles and tactics have on a child. From infancy into adulthood, the trajectory of a child's life is influenced heavily by their interactions (or lack thereof) with their earliest caregivers. While some tactics support the well-being of a child, others may have a negative effect with adverse outcomes.

In this article I do not propose a solution to the absence of a parenting manual. Instead, I provide you with information, rooted in science and child-development research which can help to inform and support the behaviors you choose to engage in as a parent. Fact-based information can be a powerful tool in supporting any individual as they endure the challenges and successes of parenting. It is no secret that the most influential variable in nourishing a child's development is their environment and their interaction with their earliest caregivers. With this in mind, I provide you an overview (not an exhaustive list) of the characteristics of the four main parenting styles: Authoritative, authoritarian, Permissive, and Neglectful. 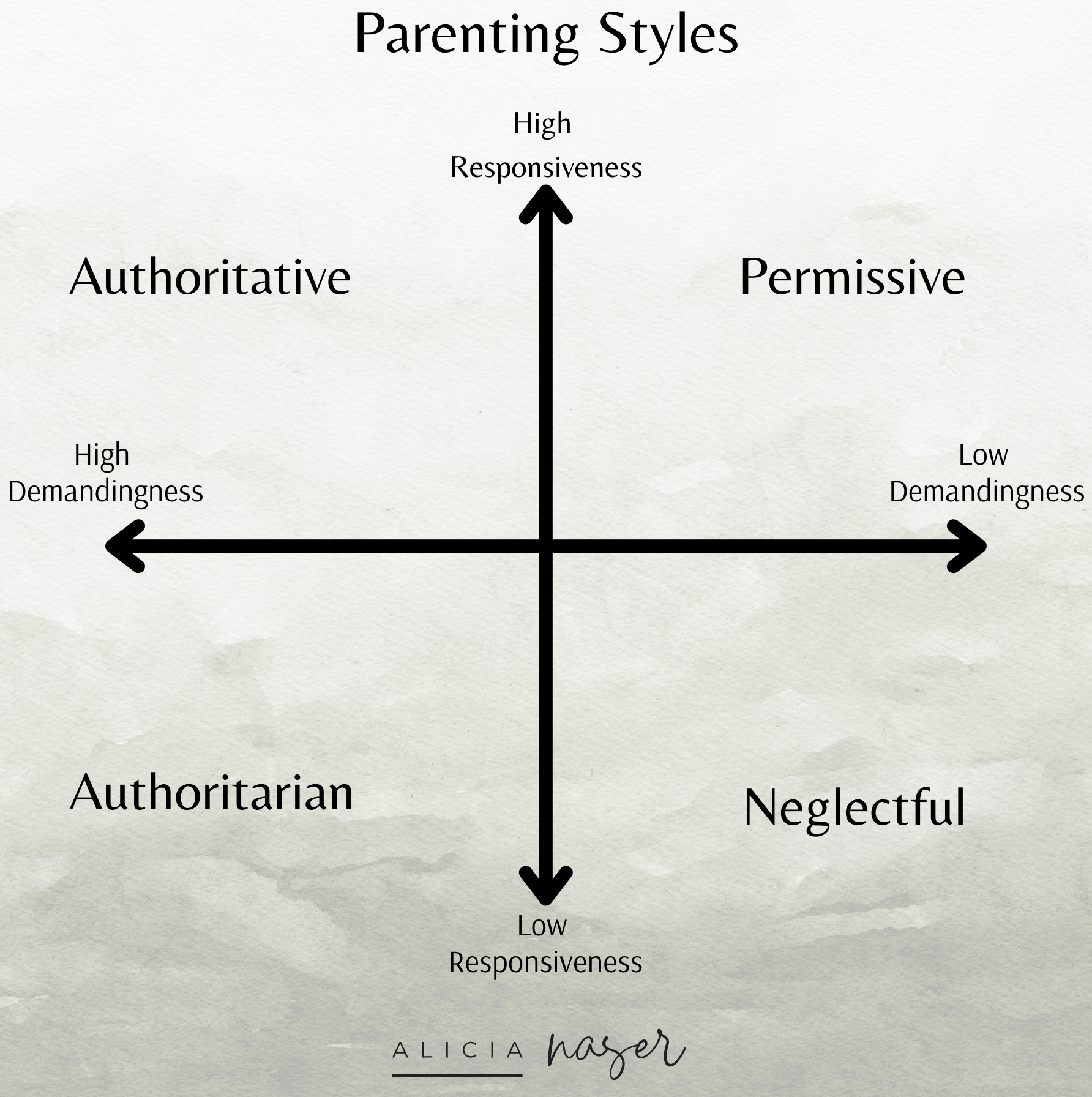 Authoritative parenting is widely regarded as the most effective and beneficial parenting style for children. Authoritative parents are easy to recognize, as they are marked by the high expectations that they have of their children, but temper these expectations with understanding & support for their children as well. This type of parenting creates the healthiest environment for a growing child, and helps to foster a productive relationship between parent and child.

Authoritarian parenting, or strict parenting, is characterized by parents who are demanding but not responsive. Authoritarian parents allow for little open dialogue between parent and child. Parents with authoritarian characteristics expect children to follow a strict set of rules and expectations. Generally, they rely on punishment to demand obedience or teach a lesson.

Permissive parenting, also known as indulgent parenting is another potentially harmful style of parenting. These parents are responsive but not demanding. These parents tend to be lenient while trying to avoid confrontation. The benefit of this parenting style is that they are usually very nurturing and loving. The negatives, however, outweigh this benefit. Few rules are set for the children of permissive parents, and the rules are inconsistent when they do exist. This lack of structure causes these children to grow up with little self-discipline and self-control. Some parents adopt this method as an extreme opposite approach to their authoritarian upbringing, while others are simply afraid to do anything that may upset their child.

Of the four parenting styles described above, the research supports that children raised by parents who take on an authoritative approach exhibit the best outcomes later in life. Reason being, this style of parenting can be thought of as, “the best of both worlds”. It is enough but not too much. Authoritative parenting allows the child room to grow while maintaining limitations and boundaries. Boundaries and guidelines are important for children as they develop given they look to their caregivers to determine if their behavior is within the boundaries of what is appropriate, healthy, and safe. Without boundaries, children would have very little, if any, skills needed for self-evaluation, self-management, and self-regulation.

Notice in the provided diagram, parenting styles exist on a spectrum. That is to say, no one is ever fully married to a specific style of parenting. Instead, and depending upon life circumstances, parents may drift from one style of parenting to another. This is great news as it implies the possibility of adopting a more beneficial style of parenting if you find that you might exhibit characteristics of a less-optimal parenting style. It is also important to consider context, as contextual cues are often overlooked yet, they have so much to do with both parent and child behavior at any given time. Certain contexts may require parents to adopt more stringent or less stringent characteristics as they parent (again, depending upon context).

As mentioned at the onset, parenting is by far the greatest task yet, the greatest reward. As a parent, it’s equally important to consider your own well-being which includes recognizing your limitations, capacity, and also recognizing that the job of parenting is one in which you are likely to be taking day-by-day. In doing so, avoid comparing your parenting with that of others, as comparison is the thief of joy, and every parent does the best they can with the resources they have.

To conclude, I would like to leave you with the words of Lebanese Poet Kahlil Gibran. Although a poet, he has inspired me scientifically, clinically, personally and philosophically. When asked his thoughts about parenting, Gibran responded:

They are the sons and daughters of Life's longing for itself.

They come through you but not from you,

And though they are with you, yet they belong not to you.

You may give them your love but not your thoughts,

For they have their own thoughts.

You may house their bodies but not their souls,

For their souls dwell in the house of tomorrow,

Which you cannot visit, not even in your dreams.”

Thank you for reading,