The Power Of Storytelling & Music 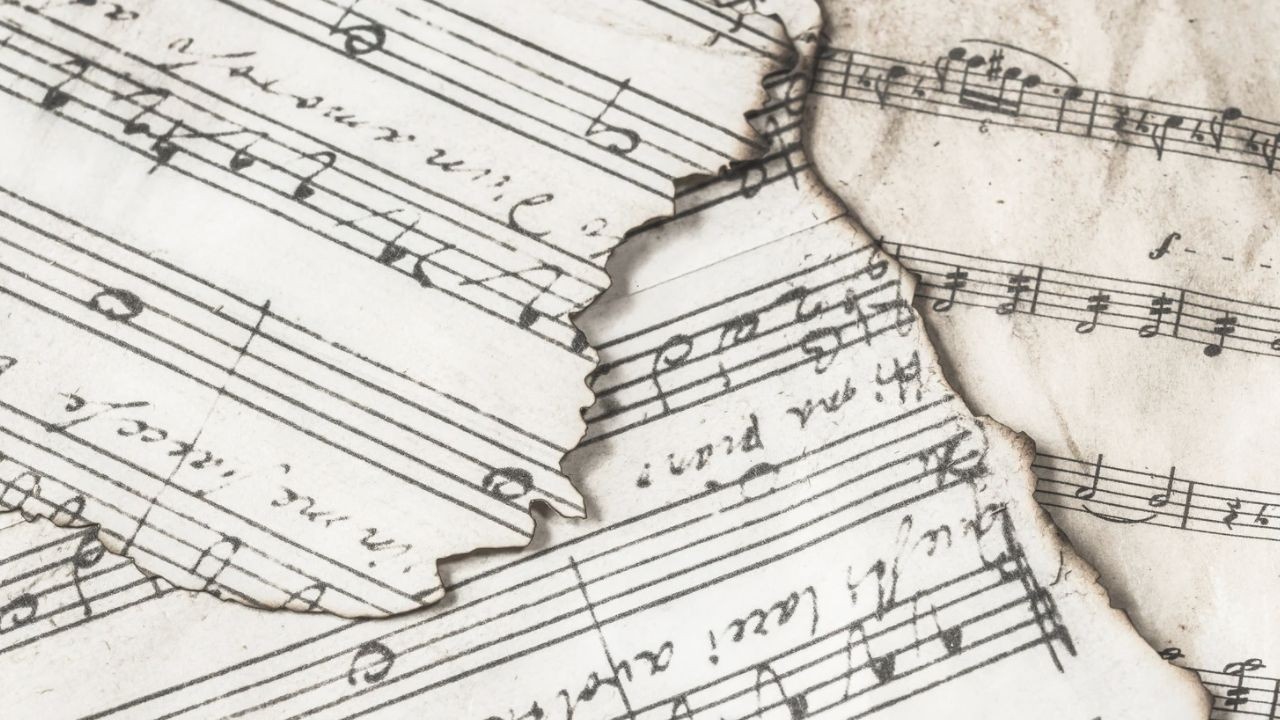 Those who know this sound recognize it immediately and instinctively. Ones leg turns into a make-shift tubla and involuntarily, one embraces what is all at once tradition,  and familiarity.

One instrument after the next each follows suit to what is, without exaggeration, an experience; Both a human experience and a musical experience. Independent entities or one concept that is for the listener to decide.

The ‘oud, eventually accompanied by the kanun, joined by the riqq, the violin, and the nay. Together in solidarity, as those behind their respective instruments stand when fighting for liberation only here, they aren’t fighting.

Instead, they are victorious in achieving something only the talented can do- transcendence; An otherworldly experience. 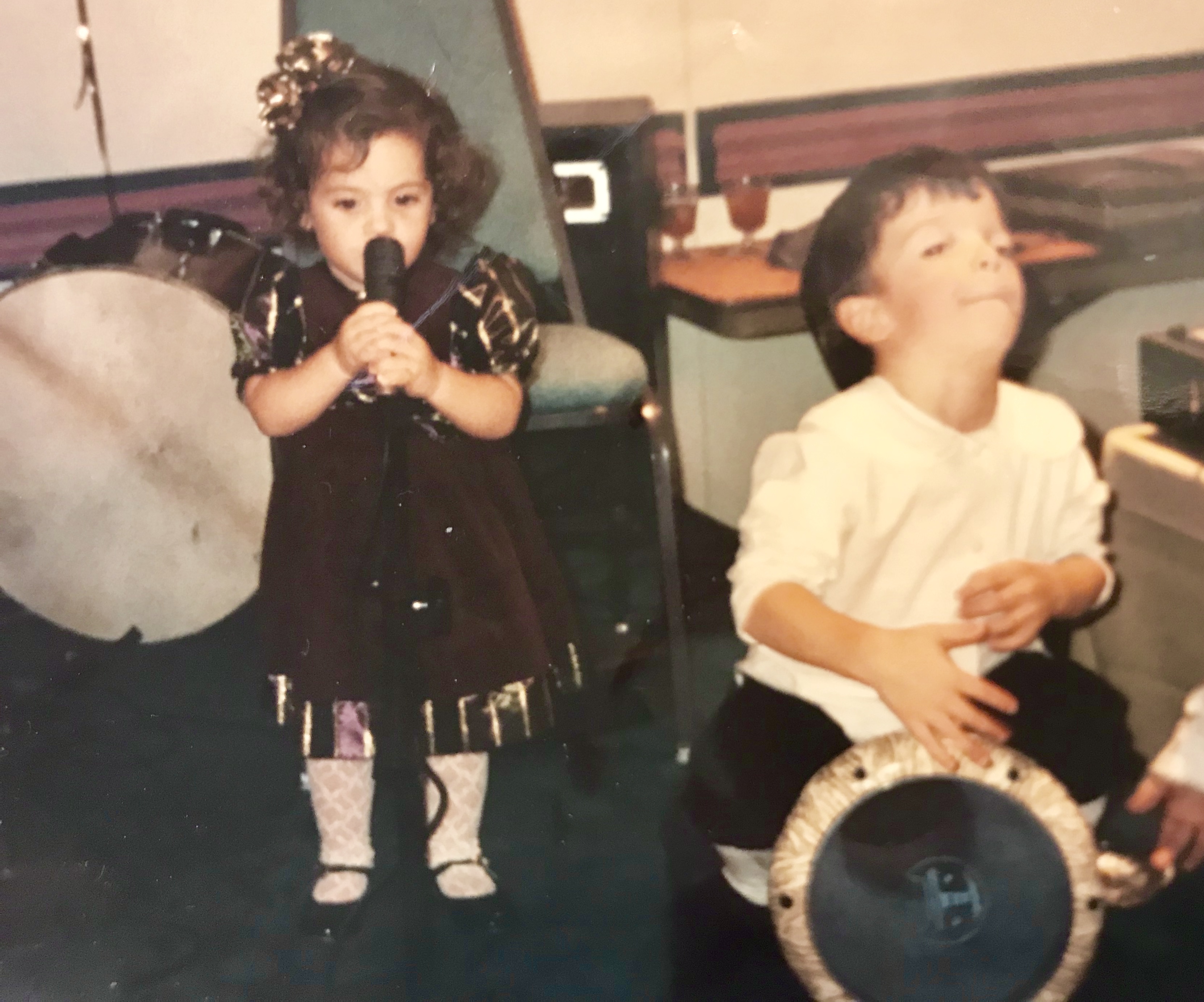 The bro and I on our Tarab World Tour circa 1994

As with most words in the Arabic language, Tarab is difficult to describe as no such translation to English exists. Furthering its complexity, Tarab has somewhat of a dual meaning; It describes both the emotional experience of the music and a traditional form of art-music.

Ones best attempt to articulate the semantics of Tarab goes as such: In listening to and experiencing Tarab, certain emotions, feelings and sensations are brought to bear that might otherwise remain hermetic.

It is the work of an ethnomusicologist to further describe the origin story of Tarab and all things Arabic music For a reference, see Ali Jihad Racy’s Making music in the Arab world: The culture and artistry of ṭarab.

This article won’t focus so much on that as it will the psychological mechanisms at play when we hear impressionable music.

What is it about a song that taps into the internal experience of the individual in a way very few things can?

What is it about Arabic music that evoked speech from my brother whom, diagnosed with Autism in 1988, finally uttered his first vocalizations after years of being nonverbal

...and by first utterance, I mean he sung, unexpectedly, a song by the legendary Abdel Halim Hafez.

Mainstream pop-culture has never existed in my world as a genre of music I resonated with. My exposure to music as a child was frequent, old school and passionate.

My father played the ‘oud, the electric guitar, the acoustic guitar and the tubla.

By the age of six I had memorized the likes of James Taylor, Cat Stevens, Led Zeppelin, Farid al-Atrash, Umm Kulthum and Abdel Halim.

All of this to say, the exception to my lack of resonance with what your typical 90’s child rocks out to are two monumental and consequential musical geniuses- Taylor Swift and her Majesty, Adele.

And well, well, well...would you look at that? Both happen to be making some noise this week.

Did they plan it? Adele and Taylor (as if we’re on a first name basis). Did they plan to overwhelm our senses and emotions on the same weekend? As if to say, “Let’s shake the world up a bit!”

I never was a Taylor (Swift) fan until recently, until I came to the understanding of the lyrical genius that she is. As I see it, she is a storyteller first, a singer second (more on this in the next few paragraphs).

Admittedly, I associated the self-proclaimed “swifters” (or are her fans called swiftys? Unclear. I’ll google it later), with teenyboppers singing about texting and boys ..not exactly my thing.

Then, mid-COVID 2020, Folklore and Evermore come out. I finally had some time on my hands to sit down with her music and see what all the fuss was about.

As many of us were attempting to make COVID lockdown as cozy and comfortable as possible, Folklore and Evermore brought exactly that- a rustic coziness and comfortability to an otherwise uncomfortable time.

Yet, it wasn’t just the musicality that captured my isolated and quarantined soul. It was the stories she told and the way in which she told them. It’s often said in writing that it’s not about the words you use, it’s how you use them.

This holds true for T. Swift. It’s how she constructs her lyrics- word choice and positioning and then, syncopation. She repeats back to us our own internal experiences in a way we otherwise couldn't self-generate.

And that my friend is damn near powerful. We are pulled in when we hear stories similar or identical to ours, especially the vulnerable ones too deep to share. The ones we keep buried deep within, only to be shared with our own conscience.

Fast Forward to this week, Swift released her version of RED (see all the Scooter Brown drama) and a short film of All Too Well. I haven’t been in love in a very long time, so long in fact that I have forgotten what it feels like.

As I watched the short film of All Too Well, I was immediately reminded of the experience of being in love.

Her lyrics told the story of falling in love, heartbreak, and healing. In a short ten minutes, I felt every emotion, I was reminded of every failed attempt at love I’ve had in the past and within 3 of those 10 minutes, I was in tears.

Ironically enough, Swifts All Too Well took me back to a love I had when I was 21 (even more ironic, this was how old Swift was when she writes about the love in All Too Well) and not only did it take me back to the past lover, the feeling and the memories, it took me back to Adele's, Someone Like you, a song that brought me to my knees almost every day for months as I struggled to endure my first real heartbreak.

As if there’s such a thing as fake heartbreak?

Fastforward, once again, to the present day as I await Oprah's special tonight as she speaks with Adele, I anticipate the rest of what I imagine will be a remarkable album. A long hiatus of healing and self-exploration, Adele is coming back.

She has given us a peak of what her return looks like with Easy On Me and while brilliant, what I have difficulty grappling with is the artist who once told the story I couldn’t tell of my own heartbreak, is now the same artist telling the story of my mother wound.

So what is it and how is it? How is it that Tarab, Taylor Swift and Adele have finessed themselves into my emotional headspace all in one week?

Storytelling. From a neuroscientific standpoint, storytelling and the human brain go together like Zait and Zaatar (if you’re not brown, google it).

Storytelling is how we absorb information, how we give meaning to the things that happen to us, how we look back on our life and the life of others.

Stories are how we process change, how we synthesize and conceptualize information and experiences, how we pass down traditions from culture to culture- generation to generation.

Stories are how we relate to one another and understand emotion. We use stories to persuade, to educate, to inform, to entertain. At weddings and special events, we tell stories to engage the audience and- cheers to that (the story told mid-celebratory cheers).

There is a relationship between narration and the human mind. We are storytellers first, as far back as our ancestors- generation back through generation we have been telling stories not just to one another but also too, intrinsically.

Some of the most impactful and life altering stories are the ones we construct about who we are. Such stories can either make, or break us. Such inner narratives can propel us forward into our potential or, limit us to self-constructed barriers.