Understanding the Importance of Self-Control (+7 tips) 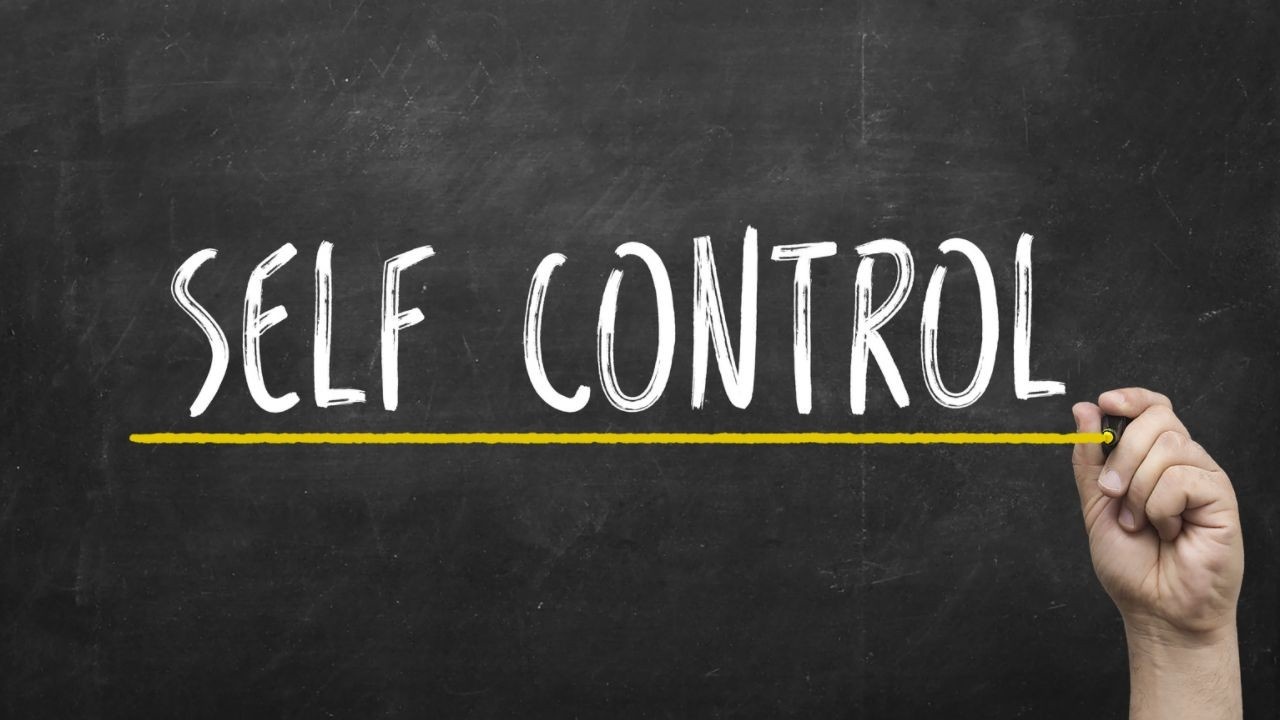 Self-control is something that most people think they have, but they may not be as in touch with themselves as they should be.

Without self-control, people have a hard time interacting with their partners, throughout relationships, in their workplaces, and even with family.

If you don't think this is a high skill of yours, you're in the right place.

We're going to look at a few ways to enhance your own self-control.

Unfortunately, a lot of people tend to feel like they have no self-control.

They feel like they're just at the whim of their own impulses. They act out carelessly, doing things that are harmful to themselves or others. These people might just be suffering from a lack of willpower.

Self-control is the ability to control one's own behavior and impulses.

Self-control is what helps us to do the things that are right instead of just acting on our urges. It's what allows us to push through when things are hard, instead of just bowing down to the will of our emotions.

One of the most important forms of self-control is the ability to resist temptation, which is often associated with giving up short-term pleasures in order to achieve long-term benefits.

It is a behavior that is a two response phenomenon.

This means that self-control is a behavior that's made up of two different behaviors.

Defined, a target behavior is the behavior that you want to change.

It's the behavior you're already doing that's already under some type of control from either the environment or yourself.

Self-management behavior is what you do to control the target behavior.

Though it may seem like an unimportant skill that doesn't need to be practiced, self control has been shown to be very beneficial in all aspects of life ranging from achievement in school and sports, increased productivity at work and increased happiness with relationships.

Many people believe that this skill can make or break someone's chances for success in their lives and careers.

How bad is my self-control?

Bad habits, like procrastinating and impulsivity, are behaviors that directly challenge your self-control.

If you want to get a good look at how well you can control yourself, pay close attention to:

-> How quickly you make decisions

-> How often (and how long) you procrastinate on tasks

Since both of these examples can lead to feeling proud or disappointed, it's safe to say that your self-control here will be very important.

This is because the more immediate and smaller consequences of your day-to-day life actually influence your regular behavior even greater than the long-term benefits.

So the outcome may overall be small, but it is definitely cumulative and significant.

(Broken down even further, this means that the small things really do add up to amount to more than one big thing.)

Now, our behavior is controlled by the outcome of each individual response, not the cumulative effect.

Since it wouldn't do you any good to only learn about what self-control is, I felt it necessary to add in a few ways you can practice self-control.

1. Know your own weaknesses/blind spots.

For example, know when you may be vulnerable to your impulses.

2. Allow yourself to have time for tasks that are important, but may be quite tedious.

You can even try to allow at least 20 minutes of procrastination before beating yourself up about it, then set a timer or an alarm and go do the task you're avoiding.

Once the alarm goes off, always congratulate or compliment yourself on getting started on the task, even if you don't finish it right away.

Say no when someone needs you to do something that maybe isn't in your best interest.

(If you say yes, then that's a problem of its own.)

4. Learn to give up control of things that are out of your control.

It may seem simple, but this is a big one.

Some things in life  are simply bigger or more powerful than us, and it's okay to accept that they are what they are.

Accept the situation for what it is now, focus on what you can do within your means and go from there. It's healthier and much less stressful!

It's important to remember that we cannot win every battle we fight.

6. Remember that it's okay to make mistakes.

The key here is to make sure that you learn from them.

If you are aware of what happened, then you can learn from it without repeating it!

Remember that humans are works in progress and we all fall short at times.

The sooner you forgive yourself for this mistake, the better off you'll be in making healthy changes for yourself in the future.

Humans need challenges in their lives because they push us to think outside of the box and challenge ourselves further than our comfort zone.

By embracing challenges rather than shying away from them, you push your mind out of its normal routine to look at things with a new or alternative perspective!

By working on your self-control, you not only find enjoyment in doing simple tasks, but you also make yourself a better person through each lesson learned along the way.

Self-control can allow you to learn more about yourself, your loved ones, coworkers, and close friends.

Instead of getting aggravated when you show poor self-control, learn to embrace the fact that there will always be highs and lows.

A good way to learn from these bad habits is by making note of them to reflect on what should possibly change and how you would have handled things better.

Regardless, remember that you are human.

And, it is okay to show yourself some grace every now and then.

Q: Is there a way to increase self-control?

A: Yes, but it is important to know your weaknesses and blind spots in order to allow yourself enough time to work on other tasks. Self-control can help you grow as a person by allowing yourself the chance to learn about what you're capable of doing beyond just the long term benefits. If you embrace challenges, then working on self-control will become even easier than before!

Q: Why am I so bad at self-control?

A: Everyone has their own bad habits and weak points.

Instead of thinking of these characteristics negatively, look out for your weaknesses and make note of them. Then, allow yourself the time to learn from them before getting upset.